Meet Paul Dailing, the creator behind 1,001 Chicago Afternoons a blog of (eventually) 1,001 stories of life in Chicago, based on Ben Hecht's famed 1920s newspaper column. In this episode, Paul talks about the Ben Hecht's original project, his own modern day reboot, lambasts the state of commentary in this town and shares several secrets including the truth behind Chicago's Suit Guy. 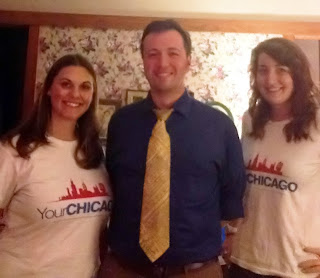 Want to share a Chicago secret? Want to lodge a complaint on Listen Up Chicago? Write to us at yourchicagopodcast@gmail.com or call 773-234-5573.


Podcast Powered By Podbean
at 5:00 AM

Email ThisBlogThis!Share to TwitterShare to FacebookShare to Pinterest
Labels: writing