Meet Andy Fleming, producer and host of the Two-Hour Comedy Hour. In this bumperiest episode ever, Andy Fleming talks about putting together a comedy showcase, cussing while bussing, taking piss back and Gramma J's diner. 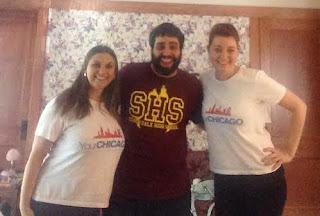 Want to share a Chicago secret? Want to lodge a complaint on Listen Up Chicago? Want to say hi? Write to us at yourchicagopodcast@gmail.com or call 773-234-5LSD.

Email ThisBlogThis!Share to TwitterShare to FacebookShare to Pinterest
Labels: comedy, stand up